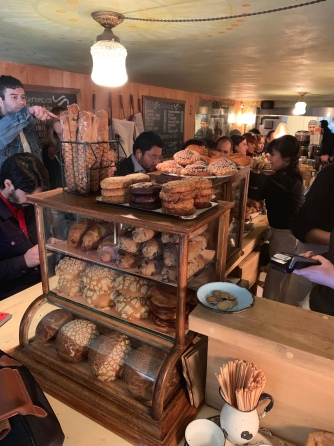 In an effort to both clean up my eating while I train for a couple of upcoming half marathons, and maybe-possibly-fingers-crossed-would-love-it-if-I-could-but-not-a-top-priority lose a few extra pounds I’ve been carrying around since the holidays, I’ve been trying intermittent fasting.

Basically, after dinner each night, I don’t eat again until lunch the next day. It’s supposed to have all sorts of positive effects on your body and brain, boosting cells and helping facilitate weight loss. Oh, and it sucks. No really, it’s the worst.

I’m on week 2 of this new eating pattern and if I’m being honest, some days are borderline torturous for me. Today, as I went through my photos from Mexico City for the billionth time, trying to decide what to write about next, I was flooded with warm and fuzzy memories from breakfast at Panaderia Rosetta and I cursed intermittent fasting.

We stopped there one morning at the start of the day to load up on coffee and matcha, and pastries to hold us over till lunch. The bakery at Rosetta is the sister spot to the more elegant, grown-up restaurant down the street, but what it might lack in size or grandeur it more than makes up for in charm and coziness. The ceiling was low, the air was fragrant and warm with fresh baked goods, and the cookies and treats were piled high behind a small glass case at the front of the shop. I was in sugary carb heaven.

We got a few things to share, and if we’d had more time I would’ve been happy to spend the whole day there, trying every single other pastry available. At an employee’s suggestion, we ordered a concha, basically a large, round sweet roll with a crackly, sugary shell on top. (Spanish lesson for anyone looking to learn something new: concha means shell.) Doughy and sweet without being tooth-achingly so, conchas, in my opinion, are made for dipping. In coffee, matcha, hot chocolate, anything really. 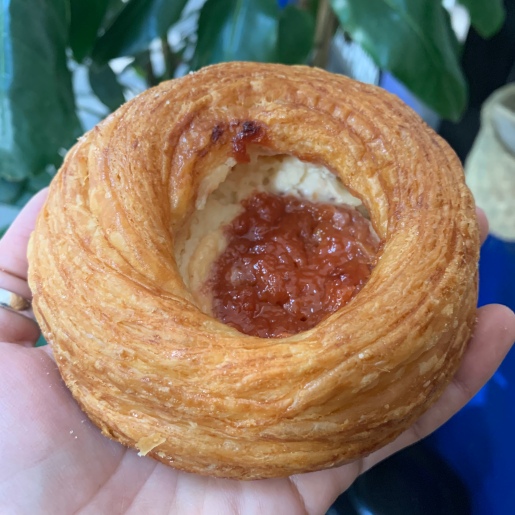 The rol de guayaba, or guava roll, was a no-brainer for me, since it was basically a local take on one of my favorite pastries of all time, the Miami staple: guava and cheese pastry (aka a pastelito if you’re in the know). Unlike my hometown fave, which is usually a rectangle or sometimes a triangle (think a little pocket of jammy, creamy deliciousness), Rosetta’s rol was a round, delicately puffed up, flaky pastry with the guava jelly layered over sweet cream cheese peeking out from the round opening in the pastry’s middle. 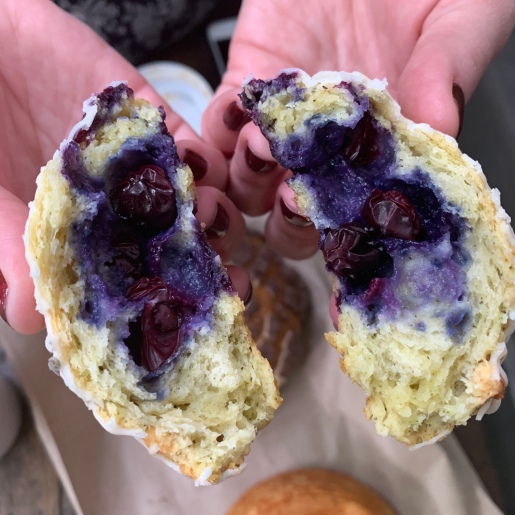 Lavender and blueberry scone, the best I’ve ever had.

But admittedly, the biggest surprise came from something I probably wouldn’t have even ordered if I had been by myself: the lavender scone, drizzled with icing and studded with blueberries. Scones, at least in the States, are almost always underwhelming, crumbly and dry, but not this one. Dense but in a filling, satisfying way, it was just the right amount of moist inside while also bursting with bright, juicy flavors from the fat blueberries throughout. I think I let out an audible gasp when we ripped it in half.

So yea, I might’ve been a bit cranky this morning, reliving all these memories while guzzling water in an effort to quell my hunger. I’m sure (or at least I hope) intermittent fasting was doing lots of good things to my gut on a cellular level, making me a more svelte, alert, metabolically efficient person, but really from the outside it just looked like me angrily glaring at my unsweetened tea, willing it to turn into a warm, fresh pastry.